India in the innovation space 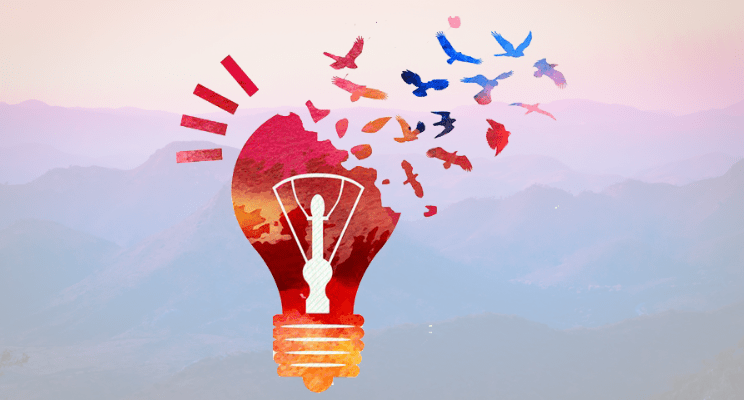 A mosaic of ancient nations

The Indian subcontinent, like its immediate neighbors, China to the east and Persia to the west, has hosted an ancient civilization. India’s philosophy and quasi-scientific conjectures had filtered across west Asia to reach the shores of Europe over the last 4000 years. India, however, cannot claim a cultural continuum, as it had suffered through numerous phases of invasions and changes of guard causing multiple stints of cultural winters and subsequent efflorescence. Around 1500 BC the Aryan tribes are believed to have poured into the Indo-Gangetic plains across the Khyber Pass, the ancient pylon to India, which many more inquisitive hordes found handy later on. When they perfected a working social institution, the settlers accommodated the endemic tribes at the bottom of the social pyramid, creating an elite class, the priest class, which had time aplenty for abstractions. And thus, Indian thought and innovations bore the indelible fingerprint of the priest class. This unique religio-cultural juggernaut had roared its way right across the SE Asian nations and archipelagos, and even to the nations of the Far East as a moderating influence in varying measures. However, Indian thought and inroads made in Mathematics, alchemy, astronomy, medicine, etc. are confusingly enshrouded in mysticism, theology, rituality, and icing of fantasy. As the society was strictly compartmentalized with the apex of the social pyramid being insulated from the rest of the scaffold, knowledge was a prerogative of the social elite, and an esoteric nature was deliberately attached to it. The apocalyptic insights in verses presented as smritis, when percolated down the centuries, could be interpreted in different ways, offering ample scope for jingoistic aggrandizements. Modern scientific temper, strictly rooted in experimentation, and relying on measurability in terms of suitable units, repeatability, and definability, was by far alien to the collective Indian psyche.

In 1498, the colonial era dawned on the country and many European powers gate crashed into this intriguing cultural space. In 1600 CE the English East India Company was launched and the British influence on the country has been profound and standing, especially in infusing a scientific temper and academic bent transcending the communal barricades.

In 1835 western education was introduced in India. This social engineering, however, did not necessarily mark a psychological rift line in the social corpus. Education was primarily designed for manufacturing a docile English-speaking servile class to man the massive colonial administrative machinery. But English education has had a positive externality. The Bengali renaissance in the 18th and 19th centuries resulted in an intellectual reformation around the newly founded city of Calcutta. Many precocious people from the elite class moved west to get modern education and data-based reasoning.

This massive shift in reasoning psychology did not conspicuously reflect in the innovation space. The reason is that India is not necessarily a cultural monolith, it is a mosaic of nations, trapped in different temporal segments. The picture is slowly and steadily chaining though. R&D, in the time-tested lines, is becoming a new normal on the sub-continent. The corporates are enthusiastic to allocate more money and resources to R&D, pinning many hopes on the less harnessed local intellectual capital. Given the immense human resources, largely in the prime of youth, which is comparable only with China, India has all the lethal ingredients to steal the thunder. It will be some time before India, as a whole, frees itself from the ghost of the past.

India’s Department of Science and Technology (DST) a national funding agency to promote focused research projects, has brought out a report which claims that there has been an exponential spike in the number of scientific publications over the last 10 years and is in the third position globally after China and the US, of the 13,045 patents in 2017-18, as many as 1,937 were by Indians. In the same period, 1,35,788 scientific articles were published by Indians. This is an impressive number because India's growth rate of scientific publication was 12.9 percent, against the world average of 4.9 percent; whereas the average growth rates in China and the United States are 7.81 and 0.71 percent respectively. Moreover, 15,550 patent applications were filed by Indians at the Indian Patent Office. The basic reason for the spurt in publications is the directive that published papers are mandatory before submitting the theses. This imperative had triggered a mad scramble for publications, and it has now become a roaring business promoting paid publications. It is noteworthy that budget allocation for research and development is steadily on the rise in India. It has gone up from Rs 1,13,825 crore (14783 million Dollars)in 2017-18 to Rs 1,23,847 crore (16084 Million Dollars) in 2018-19. The Union government's cherished policy of ‘Atmanirbhar Bharat’ (make in India policy aimed at more technological self-reliance) is lately making a big difference. Also, in the same period, 3,681 start-ups through the network of around 150 incubators created by the DST have generated 1992 intellectual property.

The Global Innovation Index is revealing indeed. In 2018 India’s position was 62nd in the comity of nations summing up to a little less than 200. In the very next year, India moved to the 50th position and in 2021 it still improved its position to 46th. Certainly, India is nowhere in the picture compared with China, the US, Japan, and South Korea. But it is solidly picking momentum to make a difference in the none too distant future.

The next priority of the country should be and would be to add more quality and commercial star value to the inventions down the pipeline. In this context, it becomes all the more important to integrate AI-powered IP analytics platforms like Relecura into the local innovation ecosystems. This would be a game-changing move to remain apace and abreast with the global innovation frontline.

China continues to lead the world in terms of patent filing activity. In 2020, China filed 1.5 million applications and the second in line, the US, is way behind with 597172 applications. In the same time period, Japan had 288472 applications followed by South Korea with 226759 applications. The above three major players along with EPO accounted for 85 % of the patent filings world over. But India is moving up to be a force to be reckoned with, as it is one among the three countries that registered growth in patent publications. India’s growth of +5.9% is comparable only with China’s +6.9% and Korea’s +3.6%. and with 56771 applications, India is one of the top ten innovation spaces in the world, and this number is comparable with Germany’s 62105. Nevertheless, when we consider patents in force, India is nowhere in the picture. Out of the 15.9 million active patents in 2020, 3.3 million belong to the US, 3.1 million to China, two million to Japan, and 0.8 million to South Korea.

The latest tendencies in the Indian corporate space are upbeat During the last five years, the major areas that claimed most of the R&D investment in India are (i) automobiles and parts, (ii) pharmaceuticals & biotechnology, (iii) software and computer services, (iv) chemicals, (v) industrial metals & mining, (vi) oil equipment, services & distribution, (vii) industrial engineering construction and (viii) materials oil & gas producers. Indian listed companies spent 4866.4 million Euros (or 424.4 billion Indian rupees) on R&D activities in 2019 whereas in 2016 it was 4210.5 million Euros. But in comparison, these values would appear meager and inconsequential. For example, Alphabet, Microsoft, Huawei Investment & Holding, Samsung Electronics, and Apple together spent on R&D 17 times more than the combined spending of listed Indian corporates. At the same time, the US-based companies spent 71 times more and the EU-based companies spent 38 times more while the Chinese and Japanese companies spent 24 times more. Indian corporate spending on R&D was only 0.5% of the global Corporate spending, and only Tata Motors Limited appears in the list of the top 100 R&D investors. But the picture is likely to change shortly if the positive cues emerging are to be taken for granted.

The Indian scientific community, as a widely scattered diaspora, is playing a remarkable role in the global innovation space. Many key players in the global corporate R&D domain have Indian roots. The best products of the IITs and high-ranking universities gravitate to the global corporate world and prestigious western universities to bring out their creative best in the inspiring innovation environment offered to them.

Given a chance, a locally bred strong innovation fraternity would develop in the country to make a difference in the world. When the social and economic conditions synergize to orchestrate a necessary ecosystem, India could compete with China and the developed world with many more surprises up its sleeve. The 1.4 billion strong human resources can potentially rock the world when the right ingredients fall into place.

To be at home with the emerging global patent and technology landscapes, do visit www.relecura.com, which, armed with the latest technologies, brings out the most insightful and actionable information from an otherwise unwieldy stack of data.