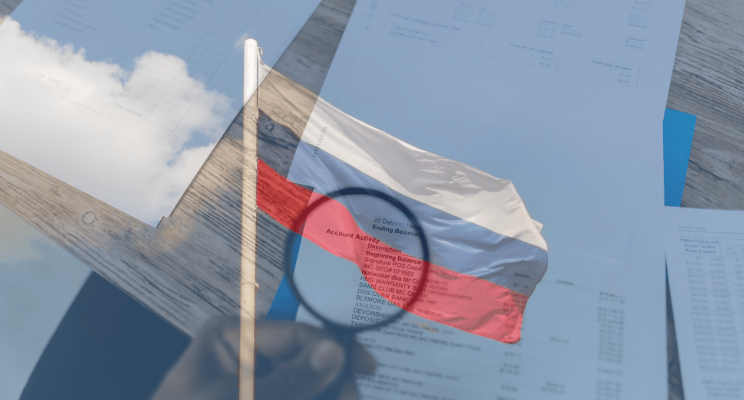 Russia, the largest country in the world spread across Europe and Asia, is locked in a fratricidal war, triggered by her invasion of Ukraine. The western powers and the major industrial democracies, not willing to intervene and come out with a bloody nose, have taken punitive measures to restrain and checkmate Russia. When being isolated and surrounded by powerful and hostile nations, it may elicit desperate countermeasures.

Russia has come out with a flurry of hostile measures to cushion the pain inflicted by the western industrial powers. When a strong trade embargo is in place and the global corporates are shutting shop and seeking a hurried exit, the Russian economy is wobbling for a fatal fall. Nay, it is already on a free fall. A huge consumer and industrial vacuum is likely to evolve out of the smothering measures designed to punish Russia. And Russia is likely to strike back in her frantic moves to survive and to take on the adversaries. Once the criminal and administrative provisions against patent piracy are lifted, it could be a strong fillip to Russian Industry.

In the latest move, Russia has legitimized patent piracy, provided the patent geography belongs to the list of hostile nations published by the government. In fact, all the powerful industrial democracies come under this target group including the US, Australia, Great Britain, Iceland, Canada, Monaco, New Zealand, Norway, South Korea, Japan, Ukraine, Switzerland, and EU member states. Hereinafter the businesses and entrepreneurs in Russia are insulated from consequences if they plagiarize live patents originated in the above-mentioned countries and capitalize on them. This move has triggered seismic waves across the industrial democracies, given the potential ramifications thereof.

Even before the outbreak of the war, Russia and China were under the lens, as both giants were allegedly covertly promoting patent piracy to catch up with the western world. Now it has got official benediction. In 2014, Russia had maneuvered to devour the Crimean Peninsula, attracting western sanctions. The confrontational stance has pushed Russia into more defiance and every patent stollen and assimilated is taken as a trophy by the Russian media, a fitting reply to the western sanctions. People tend to hit below the belt when smarter options are run out. The Special Report on IPR brought out by the office of the US Trade Representative had for many years been putting Russia and many other countries on a spot as flagrant violators of IPR fair play. Apart from Russia, China, India, and Venezuela are on the list. Over the years, patent piracy has by far become a new normal in Russian industrial circles.

Already there are constitutional provisions that empower the government to take over the IPR without the consent of the patent owner in emergency situations affecting the security of the state. As many of the tech giants are seeking an emergency exit from Russia, to keep the industrial engine going, Russian IP Pirates have the blessing of the state. The opaque curtain unofficially in place between the West and Russia is becoming more stubborn and stringent and Russia’s response will naturally deepen the stand-off.

However, the ramifications of the spiteful move may not be much. In the first place, IP piracy was a part of the economic activities, with the silent approval of the government. The only difference now is that the practice has lately secured official approval. When the exodus of the tech giants is complete, Russia will be pressurized to rely more on counterfeit products to keep the system going. When quality is the same and price much less, counterfeit products stand to gain ground, especially when the government promotes it. This, however, does not mean that pirates from all over the world would make a beeline to Russia on a quick buck spree. Given the logistical and procedural roadblocks, such a spectacular industrial renaissance is not likely to happen. And made-in-Russia products will not have many takers outside of Russia, owing to the risks involved therein.

With Russia increasingly becoming isolated and the stigma of being a rogue state getting entrenched, the reputed tech giants of the West will shy away from investing in Russia. But a defiant and recalcitrant Russia is likely to seek self-reliance by hook or crook. In 1992, when the Soviet Union committed hara-kiri, the Russian economy had plummeted to -14 percent. Ever since the economy had been showing a very erratic trend. By the year 2000, it had picked up +10 percent growth rate and thereafter it began to shrink. In the past decade, the Russian economy had been swinging between +2.7 and -3. But the latest hostilities have pushed the economy down a cliff resulting in a free fall. Being on a survival mode, pirated products are likely to flood the local Russian market. This will blunt the chances of future cooperation with the west even if Russia moves over to a pro-west administration in the long run.

Russia, unlike many western European nations, is heavily dependent on ready-made high-tech goods. For the same reason, the semiconductor industry is not at an advanced stage and Russia accounts for only 0.01 % of the semiconductor industry. Studies show that 95% of Russian automobile parts are imported. Russian aviation industry and military hardware and software are heavily dependent on imported components. As global tech giants like Oracle, Samsung, Microsoft, PayPal, AMD, Intel, Nokia, Ericsson, etc., are marching out of the country a catastrophic technology vacuum is likely to evolve, and three million high tech employees will be out on the roads. The downed drones during the raging war indicate that Russian drone technology is almost entirely based on imported technology and components. Russia is not a significant technology hotspot, Russia’s tech market is minimal, and the global tech giants can perhaps sacrifice the prospective proceeds from doing business with Russia. Already the country is feeling the pinch and the move by the West is very likely to push Russia into Chinese arms for immediate damage control as their banking and service industries are crippled for want of indigenous software.

But, Russia is a force to be reckoned with, not necessarily because of the formidable military might and sophisticated defense mechanisms in place. Russia is blessed with huge natural resources including fossil fuels and precious industrial metals which the western industrial democracies are dependent on. Having learned some bitter lessons from the war efforts, Russia is likely to seek technological self-reliance in the future. When plagiarism becomes a state-sponsored economic activity, Russia could, when the dust is settled, be capable of becoming another edition of China. China needs oil from outside, Russia does not need even that. With the lethal ingredient in the recipe to surge, technology, is guaranteed, Russia stands a chance.

Against this backdrop, here is a profile of Russia’s patent publications over time, extracted from Relecura's AI-powered custom patent database.

As the figure above depicts, major Russian publications were in the areas of diagnostics, energy, electromagnetism, telecommunication, material analysis, petroleum, and Redox sectors. Altogether 285, 676 patents were granted in the relevant period. Of which around 120 000 patents were spread into the above-mentioned areas. The emerging picture shows that Russia is focused more on the traditional sectors of research, and they have not made their solid and game-changing foray into electronics, particularly to the digital world as China did in recent years. This would imply that Russia will continue to be at the mercy of the advanced world for filling up the yawning technology gap in the fast-evolving digital world. Furthermore, it is revealing that Russia is yet to have tech giants comparable to the flagship companies in South Korea, the US, western Europe, Japan, and China. China could catch up by sending its best brains to western universities. Probably Russia also needs to sit back and chart out a scheme to empower the human resources.

If you would like to have such insightful geography, technology, or company-specific taxonomies, do visit www.relecura.com.