The Metaverse: Tracing its journey 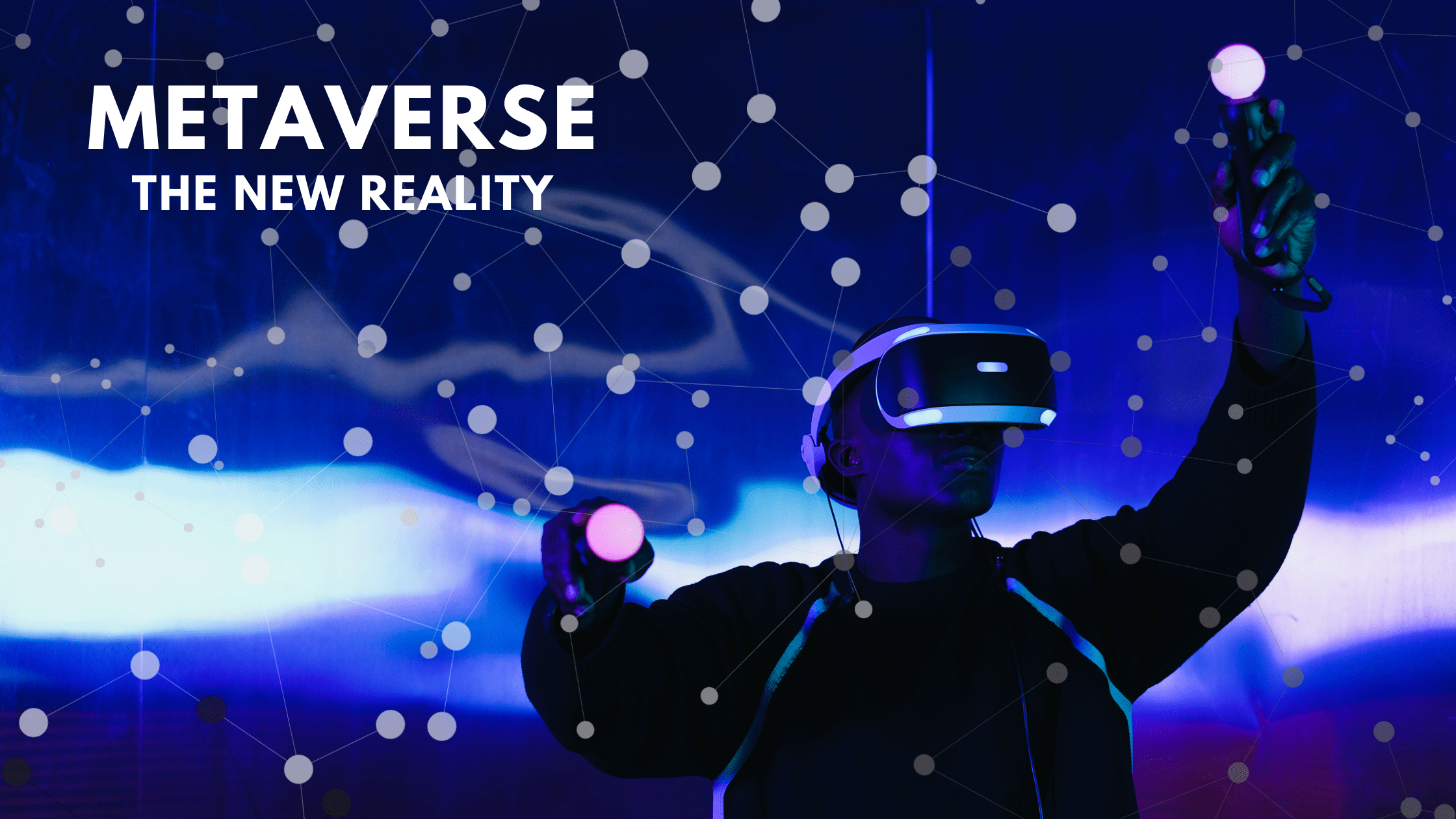 Anything that is new is exciting and sure to draw public attention, especially when it concerns technology! People are always curious to know how much faster they can get things done or what more can it help them do, either work-wise or at home! The Metaverse is one such word that seems to be on everyone’s lips now. While it’s intriguing, many aren’t sure what it entails. So, let us find out!

The term ‘Metaverse’ made its first appearance in Neal Stephenson’s 1992 science fiction novel “Snow Crash.” It revolves around realistic avatars who meet and interact in a range of virtual spaces, including 3D buildings. In other words, we can conclude that the Metaverse is a virtual world encompassing concepts such as virtual reality, augmented reality, 3D holographic avatars, video, among other communication tools. It is expected to help people remain socially active and connected with others through various events, including global trips.

Although it might appear to most to be an up-and-coming concept, the fact is, it is not. Why, might you ask? If you spend some time researching on Google, you’ll realize that the universes in online games like Fortnite and Roblox have already incorporated traces of the Metaverse. Other instances include virtual reality headsets and broadband speeds known to be super fast!

In fact, online communities go way back to the mid-80s and 90s, much before such terms even existed. If we dig deep enough, we’ll find instances of online communities, like chat rooms, the AOL instant messenger, and less-advanced social media portals that have evolved over time.

While popular online games like Fortnite allow you to do a number of activities such as buying stuff, learning things and playing games, they comprise a tiny portion of the Metaverse. So, it’s mind-boggling when we consider the entire length of the spectrum that is the Metaverse. According to wired.com, most of us tend to associate Google with the internet because everything from emailing to searching happens on its platforms, but the two are not synonymous. Likewise, Epic Games, the creator of Fortnite, can be credited with building sections of the Metaverse, as opposed to the Metaverse itself.

So, do we have companies tripping over each other to commercialize on the Metaverse? Absolutely! To begin with, Facebook, now rechristened Meta, has been pretty aggressive in its approach toward ensuring that it traverses all aspects of the Metaverse. In 2014, it acquired Oculus, a company that creates hardware and software related to virtual and augmented reality. It intends to embark on a path to bring people across the globe together through the use of VR headsets so that they can work, travel, and find opportunities for recreation.

On the other hand, Microsoft is in the process of creating applications involving extended reality,  a term used to describe a combination of immersive learning technologies, such as augmented reality (AR), virtual reality (VR), and mixed reality (MR), with the help of Microsoft Mesh, which connects the real world with the virtual one. If all goes well, you might get to view holograms and virtual avatars on Microsoft Teams, a virtual communication platform, this year!

While we’re talking about companies that have taken a plunge into virtual reality, let’s not forget those that aren’t among the top-tier ones such as Second Life, an online multimedia platform that’s been around since 2003 and Nowhere, another online platform offering virtual spaces for various events and open for public and private use.

So, while we have numerous organizations capitalizing on the Metaverse, it’s imperative to understand what it will run on. It will run not on one but multiple technologies such as cloud infrastructure, software tools, applications, hardware, and content provided by users. Also, when users move from the real to the virtual, it is natural for them to emulate virtual behaviors and interact with multiple virtual beings. How do we propose to achieve that? The answer lies in AI because behaviors matching with the virtual world can be created only with its help. Technicalities aside, since the Metaverse is user-driven, a range of user experiences from entertainment to gaming to social interactions to education and research, will be required to drive it.

Speaking of technologies that would be pivotal in driving the Metaverse, as covered in the previous paragraph, it might be interesting to know more about the types of patents published so far, the companies at the forefront of the Metaverse, and the countries that take the credit for having a substantial number of related patent publications. Let us delve into three graphical representations concerning the information here and interpret them.

As evident from the graph (Fig. 1), the period between 2014 to 2016 was fairly slack, followed by a steady increase in the number of patent publications till the beginning of 2020. There were minor highs and lows between 2020 and 2022, on account of the global pandemic, followed by a dip in the first quarter of 2022. We believe there’s still hope for the numbers to pick up since the year has just begun.

Fig 2: Companies that formed among the top assignees of the Metaverse

The histogram in the above figure depicts that among all the companies that own patents of the Metaverse, IBM clearly has the lion’s share, followed by Microsoft and then a host of other companies, mostly US-based. Let us remain vigilant for the remainder of this year and beyond to check for further additions to the list. 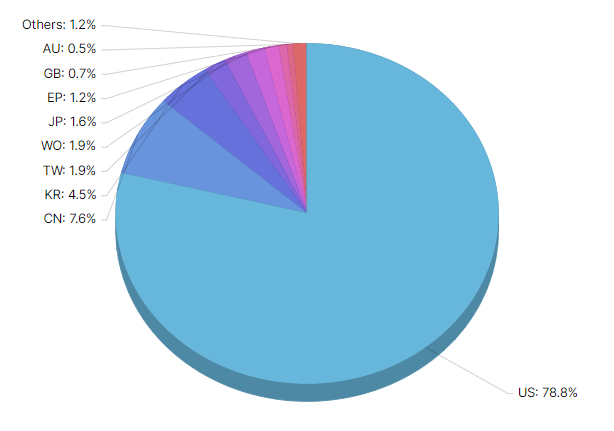 Fig 3: Countries or patent bodies that have published the most Metaverse patents

It is not too difficult to guess the country that has the biggest slice of the cake, the United States, with a whopping 78.8 %! While the list is long, you hardly have any countries, except China ( with a mere 7.6%), which come even remotely close to America, making it the undisputed winner of patent publications!

Since we are on the subject of patents and technologies, let us draw your attention to Relecura, among the best companies in the IP and innovation industry. It deals with multiple products related to various aspects of inventions and shares insights on emerging and declining technologies. TechTracker, a key tool, shares the entire gamut of technologies owned by companies, tracks and analyzes technologies of competitor companies, and analyzes technology trends. Should you wish to know more about Relecura, please visit https://relecura.com/ and explore its products and services.

Now, while we do see elements of the Metaverse being used by different online games and platforms, as mentioned earlier, it’s important to note that for it to completely take over the internet world, we need to give it at least another five to 10 years according to Meta CEO, Mark Zuckerberg.

Additionally, it may be worthwhile to contemplate whether the Metaverse is the right way to go for a number of reasons. DAK - Gesundheit, a German insurance company, ran a study, which revealed that due to the global pandemic, children between the ages of 12-17 spent at least 60 percent more time online in 2020 compared to 2019. The lure of the screen versus the lure of an entirely new virtual world: it is not hard to guess where we would be, right? No matter how much time we spend at the monitor, there’s still a real world out there that we must not lose touch with. We are sure most of you would agree.

At the same time, there are more critical issues we need to mull over such as hacking, harassment, and hate speech when we think of Web 3.0 taking precedence over our lives. Another addition to the list is deepfakes, which are nothing more than incorrect information powered by AI! In the end, regardless of the approach we take, it needs to take into account factors that can cause users more harm than good. Do the research, take appropriate safety measures and then roll it out to the world.