The morrows of Michio Kaku 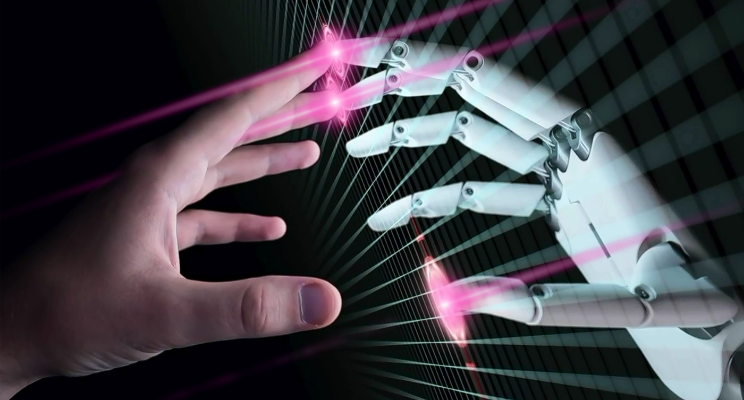 The human species is endowed with the blessing to invent and innovate. With the explosion of population and promotion of the spirit for technological advancement, the innovation process has reached a level of chain reaction. Humanity could tame the furies of nature and channelize energy and materials to do the dirty and hazardous jobs for man because he could imagine and design machines. No other species make machines the way we do. This is because human beings have the capacity to dwell in the world of abstractions and the skill to translate ideas into reality. We are living in an interesting time when the lacuna between science fiction and scientific progress is narrowing down. The world of communication and entertainment is exploding. Things are happening at a spectacular speed.

The American theoretical physicist, Michio Kaku, is already a global celebrity owing to his capabilities for imagination-based on reliable data and theoretical extrapolations into the world emerging. His highly successful books, Physics of the Impossible (2008), Physics of the Future (2011), The Future of the Mind (2014), and The God Equation: The Quest for a Theory of Everything (2021) have caught the imagination of many. As a futurist, he is a cynosure in the global media circles. Some of his predictions and studied generalizations have raised eyebrows across the board. Imagination is a key quality that opens up new possibilities and pushes the frontiers of capabilities far beyond the beckoning horizons. Michio Kaku is only a symbol and there are many in his ilk to prod the technologies to take on the emerging and existing challenges.

It would be interesting to steal a peep into what time holds for the morrows. As Elon Musk observed recently, the world is in for a population collapse. Indeed, nature has its built-in mechanism for checks and balances. When a particular species dominates the biotic web and multiplies to runaway levels, far exceeding the carrying capacity, mass extinction will be very much on the cards. But in our case, well before nature wields her veto power on humanity, there is a voluntary drive in the developed economies to reign in the Malthusian tendencies. With the population pyramid getting skewed and the foundation getting precariously thinner, many developed nations have already reached a reproduction rate far below the replacement rate of 2.1 children per woman. This tendency is likely to portend a severe labor shortage and very many goods and service delivery sectors will be taken over by intelligent machines. It would be interesting to check what such an intelligent machine-dominated world would look like.

Robots are very likely to claim the center stage of industrial economics, replacing the automobile industry and other core industries. The concept of cars also will be much different. Cars will manage thins on their own, and drivers and chauffeurs will be obsolete entities. The smart sedans of the future will gracefully drop you at your destination and find for themselves a suitable parking lot in the nearest location. Once the destination is mentioned, the car will search and find out the easiest route, considering the existing traffic intensity on various roads. Also, the car will be sensible enough to communicate with the passenger and adjust itself to accommodate the internal environment according to the preferences. In other words, cars would rather be robots to play the host.

The price of microchips, according to Michio, would become staggeringly lower in the future, so much so that they would be cheaper than garbage or scrap. The avenues of communication will be much different. Instead of clicks, eye blinks would suffice to convey the right message to the operating systems. Contact lenses will have altogether a different mission and tangible devices will be altogether replaced.

Service delivery will transcend the boundaries of states, continents, and time zones. Furthermore, it will overcome linguistic barriers. Robodocs (robots guised as doctors) will be at your service no matter where you are and whatever the language you are comfortable with. The medical profession and the whole gamut of the Medicare industry will undergo a drastic transformation. Remotely guided surgeries performed by dedicated robots will be a new normal. As a result, advanced healthcare facilities could filter down to the least advanced regions also. Clinical analyses, testing, physical examination, prognosis, and prescription also will be a preserve of the machines. In the none-too-distant future, human body parts could be produced as per individual specifications. The organ donor business and the shady racket behind the same would be wiped out. Skin, bone, cartilage, nose, blood vessels, windpipe, liver, and many other body parts could be replaced when and where required.

The same is the case with judicial processes. Robolawyers will take over the law profession and they will be at home with law of the land in each country. In other words, each Robolawyer will be capacitated as an international lawyer and language will not be an impediment anymore. Judicial processes will be by far insulated from biases of any kind.

Another revolutionary development expected from the days to dawn is the brain net. The capabilities of the human brain could be streamlined and magnified when being synergized with smart devices. The tedious process of memorizing will be extinct at schools. Also, emotions, feelings, and thought processes could be directly conveyed and mind-reading will be altogether a different game.

One of the constriction zones in the economy is the middleman. This spoiling element stands in between the producer and the end-user almost as an opaque membrane. With increased digitalization, the producers could reach out to the customer base directly and shopping will be done sitting at home. the shops and business districts in the cities will have a different look and mission as a result. robots are likely to be the errand boys and delivery guys in the evolving world. The emerging scenario, according to Michio Kaku, would signify the perfection of a market economy (the capitalism streamlined, removing the constructions and eliminating the drag called middlemen) resulting in the smooth flow of products and hassle-free circulation of money.

When we crane up and take a look into the brave new world waiting to unfold, digital technologies and robotics appear to steal the thunder. The generally accepted dictum in archeology is that today holds the key to the distant past. In the same token, today holds the key to tomorrow as well. When we project the current realities into the future, a very Frankensteinian tomorrow seems to unfold.

When the Techtracker opens up a tremendous vista

It would be worthwhile to review where robotic technology stands today. The handy tool to offer insight is TechTracker, an AI-powered tool offered by Relecura.

The autogenerated report tells us that there has been a steady increase in the patent publications during the past five years. When 10826 patents were granted world over in 2o17, it reached 28365 by 2021. China’s output is much more than the total combined output of all other countries. The contributors far behind China are the US, Japan, South Korea, Europe, and Taiwan.

Emerging technologies include Controls for manipulators for Determining the position of the robot with reference to its environment, ICT for the management or administration of healthcare resources or facilities; management or operation of medical equipment or devices, Programme-controlled manipulators for Avoiding collision or forbidden zones, Programme controls >> characterized by the control loop >> learning, adaptive, model-based, rule-based expert control, Mobile manipulator, movable base with manipulator arm mounted on it, image analysis for the Determining position or orientation of objects or cameras, surgical staplers; e.g. containing multiple staples or clamps >> for applying a row of staples in a single action; e.g. the staples being applied simultaneously, Control of position or course in two dimensions >> specially adapted to land vehicles >> with means for defining a desired trajectory, and Machines for cleaning floors, carpets, furniture, walls.

For a comprehensive view of the emerging landscape, please click here

As times demand it, robots will acquire more dexterity and flexibility, and acceptability in the production and service delivery areas. Technical education and work culture will have to undergo a slow transformation to accommodate the emerging ground realities. The industrial environment will dramatically change, as the production sector will be substantially reliant on intelligent machines. The quality of products and services will be uniform, as the chances of manual error or lapses are pretty less. The promising side of the picture is that life is going to be safer and less prone to chances and accidents.