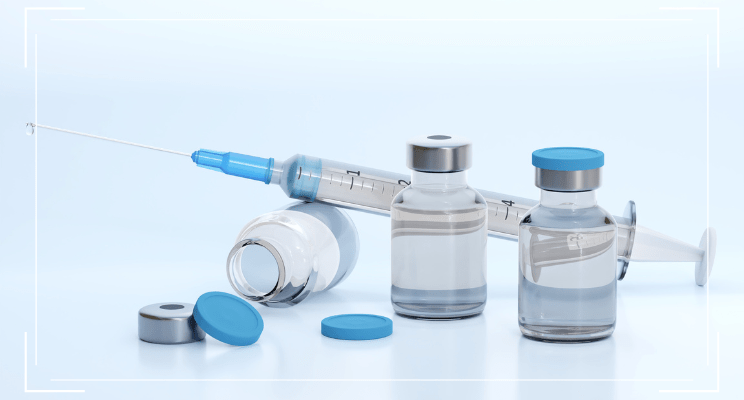 The world, consisting of the physical environment and the stupendous mosaic of living organisms aligned as a dynamic trophic pyramid, settles into different equilibria, dictated by the prevailing environmental imperatives. The equilibria have a safe working range, beyond which the whole system will collapse, marked by mass extinctions and epochal catastrophes. There is a prevailing force of inertia, an inherent force, to resist the compulsions to alter the existing equilibrium. Still, equilibria continue to migrate within its safe margins through the checks and balances in place within the system.

Natural phenomena are an integral part of a series of simultaneous cycles operating concomitantly, in which carbon is cycled, water is cycled, nitrogen is cycled, sulphur is cycled, and life also is cycled through a competitive transformation from seed to seed. The flux of energy, however, is not cycled. The electromagnetic radiation from the sun takes multiple sub-routes and ultimately fades away as unavailable energy, or low-frequency high wavelength radiation. The same thing happens in the biogeochemical sub-routes too.

There is a prevailing inter-species equilibrium. Nature has its own mechanism to make sure that no species multiples to runaway levels. When a species exceeds the natural carrying capacity, it collapses through starvation, predation, or mass extinction. But man’s managerial and advancing technological skills have already diluted this primordial natural philosophy. As of now, humans are the most predominant species on earth as we could reign in the grave existential threats frowning on the horizon. Certainly, the debut of vaccines has played out a significant role in helping man get an upper hand in the scheme of things.

The debut of vaccines

In the past waves upon waves of pandemics used to decimate the world population. ‘A pox on you,’ used to be a standard curse amongst the ordinary folks in England until recently. It is Edward Jenner of Britain who invented the miraculously effective preemptive measure of vaccination in 1796.

However, it took more than a century to make further progress in that direction. Thereafter, humanity could make bold strides in that area to suppress the potential outbreaks of debilitating mass infections. The initial successes included vaccines against pertussis (1914), diphtheria (1926), and tetanus (1938). The landmark development in this pursuit was in 1955 when Jonas Salk invented the Polio vaccine, which meant succor to millions of children across the world and the whole world was overjoyed. In 1963, and 1967 vaccines were developed against mumps, and measles and rubella were conquered in 1969. Thereafter DTP and MMR vaccinations became part of the essential child health care regime. By the early ‘70s, smallpox had been altogether wiped out and vaccination was not anymore required. The senior generation of today, born in the sixties, still bears the stigma of the smallpox vaccination. In the 20th century alone 300–500 million people are estimated to have died of smallpox.

In the early eighties, the Hepatitis B vaccine also entered the scene. It is interesting that the 20th century was a period of great discoveries in the vaccination regime. Today the essential vaccination package consists of Diphtheria, Tetanus, Pertussis, Measles, Mumps, Rubella, Polio (IPV), Hib, Hepatitis B, Varicella, Hepatitis A, Pneumococcal, Influenza, and Rotavirus. In 2020, the world was pressurized to come out with a Covid -19 vaccine post haste. Covid scare made the world very sensitive about vaccines and their promises. Thus, an array of rushed-up vaccines hit the market through the global pharmaceutical giants.

All plants and animals are susceptible to malicious invasions by minute organisms like bacteria, viruses, fungi, and other parasites which may ultimately overpower and kill the innocuous host. However, the body has its own built-in mechanisms to ward off and fight the invaders. The white blood cells (WBC) are designed to fight such invasions in animals. And white blood cells consist primarily of macrophages, B-lymphocytes, and T-lymphocytes.

There are antiviral drugs and antibiotics to fight bacteria, also there are antifungal drugs in place. But these are handy only when the host is seriously affected and overpowered by the germs. As a viable means of prevention, vaccination is the most popular defense mechanism and over time many more vaccines are likely to join the ranks in the global preventive medicine defense forces. Today the vaccines include Live, attenuated vaccines such as the ones used for measles, mumps, and rubella vaccine (MMR) and varicella (chickenpox). Non-live vaccines also fight viruses and bacteria, a good example is the polio vaccine. Toxoid vaccines prevent diseases by fighting the toxins left behind in the body by the invading germs, for example, the DTaP vaccine contains diphtheria and tetanus toxoids. Subunit vaccines include only parts of the virus or bacteria, pertussis (whooping cough) vaccine is an example. Conjugate vaccines create linkages to support an immature immune system.

Promises for the future

The most significant news in the making, however, is in cancer research. A vaccine for cancer would appear to be a far-flung quixotic pipe dream. There are promising cues that cancer vaccines could be employed as a preventive mechanism against runaway malicious cell growth. Clinical strikes on rogue cells by identifying the antigens they are endowed with and inducing antibody capabilities in advance could be a plausible remedy for people who are genetically vulnerable to certain kinds of cancers. Already vaccines are in vogue to ward off virus-mediated cancers. Vaccines are effective for hepatitis B virus, which can trigger liver cancer, and human papillomavirus, which causes cervical and some other cancers. Unfortunately, all cancerous growths are not initiated by viruses. But the hypothesis that antigen-antibody coupling holds the key to tacking and clinically eliminating malicious tumors, holds great promise for the future.

Immunotherapy research to fight cancer has promised tantalizing levels of success at various labs in the west. It will be some time before they reach a pragmatic level of praxis. The targeted areas of cancer research in that direction include breast, ovarian, and prostate cancers (started in 2021) and the antigens identified are hTERT, PMSA, and WNT, triple-negative breast cancer, with Alpha-lactalbumin as antigen, pancreatic cancer with KRAS as antigen, and Colon and endometrial cancers with a suite of 209 frameshift neoantigens. As the tests are perniciously underway, with various levels of moderately promising results, a lot of hope is invested in them. Many hopes are riveted on mRNA vaccines to fight cancer in different organs. The avowed mission is to “use mRNA vaccines to teach the immune system to recognize 50 common genetic mutations that drive cancers so that the body will wipe out cancer cells when they first arise.”

What does the Tech tracker say?

In this context, it would be interesting to look at the frontline of vaccine research and get an idea of where we are headed. The autogenerated tech tracker report on vaccines would indeed be the best way to get an insight. Please click here to extract a full report:

During the past five years, 12231 patents have been brought out in the areas of ingredients, route of administration, and Covid -19.

Probably, because of Covid-19, from 2020 onwards there has been an increase in publications in Vaccine research. And the leading countries are China, the US, Japan, South Korea, Canada, Brazil, India, and Australia. Top technologies are medicinal preparations, the therapeutic activity of chemicals, testing materials, peptides, and measuring/testing involving enzymes or microorganisms. Microorganism bases processes, heterocyclic compounds, fermentation, drug delivery devices, animal husbandry, sugars, etc.

Induced antigen-antibody coupling, which is the underlying principle behind vaccination, is likely to be useful in arresting the spread of different kinds of infections in the future. But the most promising aspect is the promise this method holds in fighting cancer. A major part of the global mobilization against different kinds of cancer could be in this area.