When the creation creates for the creator 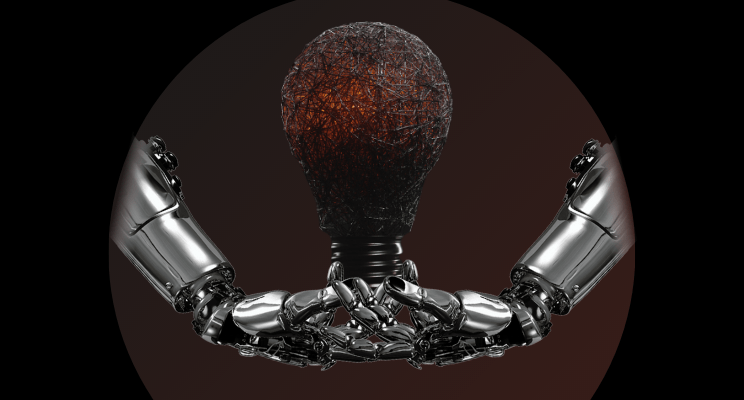 Probably it does not matter who creates, but it matters what is created. The invention of a smart inventor in turn becoming an inventor, turning the tables, has become a palpable reality at last. The spectacle of AI taken to innovation is a curiosity and the world will have to get used to a new normal.

The AI propelled inventor called DABUS set into motion by Stephen Thaler, a doctoral degree holder in physics from the University of Missouri- Columbia, who heads Imagination Engines Inc., has generated a flutter in the discerning professional circles. The patent applications submitted on behalf of DABUS to the European Patent Office and the US Patent Office were rejected. Also, he had waged a pitched battle in the UK from 2018 onwards to make a break from the past in the patenting modalities. His claims were rejected on the grounds that naming a machine as an inventor did not meet the requirements of the Patents Act of 1977 [UK] and the manner in which Thaler had acquired rights that would otherwise vest in the inventor was not satisfactory. The innovation in question is a food container based on advanced geometry and light-based "devices and methods for attracting enhanced attention" in rescue scenarios.

Thaler’s protracted campaign, stretched across more than three years, created history when South Africa became the first country to break from the past officially awarding patent ownership to DABUS. Subsequently, the other day, Australia's Federal Court adjudged that "the inventor can be non-human" ( Thaler v Commissioner of Patents [2021] FCA 879 that an artificial intelligence (AI) system can be an inventor under the Australian Patents Act: https://www.judgments.fedcourt.gov.au/judgments/Judgments/fca/single/2021/2021fca0879) Now the juggernaut is set into motion, countries with a tradition of Anglo-Saxon jurisprudence, and later in a wider context, the industrial economies with a Greco-Roman jurisprudential legacy, are likely to follow the suit. This new development opens up a vast vista of possibilities. In the US, as usual, an open debate is raging, and the US IPO would be receptive enough to accommodate the ground realities.

The major inferences that Justice Beach made in his landmark judgement are the following:

1.     There is no provision that clearly refutes AI as an inventor.

2.     Unlike copyright law, patent law does not require a human author or the existence of moral rights.

3.     The word “inventor” is an agent noun, in which “the suffix ‘or’ or ‘er’ indicates that the noun describes the agent that does the act referred to by the verb to which the suffix is attached. Accordingly, if an artificial intelligence system is the agent which invents, it can be described as an ‘inventor’”.

4.     Tension is created if you give flexibility to “manner of manufacture” and then restrict “inventor”. You would be recognizing an otherwise patentable invention and then saying that as there is no inventor it cannot be patented.”

5.     The Commissioner should have construed the Act in line with the “recently inserted object clause”, which reads:

The object of this Act is to provide a patent system in Australia that promotes economic wellbeing through technological innovation and the transfer and dissemination of technology. In doing so, the patent system balances over time the interests of producers, owners, and users of technology and the public.

In the UK copyright law has been modified to accommodate new challenges. But in the IPR context, the world is yet to have a set of binding laws to pave the way. In the late 18th century, the French revolutionaries had defined that the law is the will of the people. In the same token, legislative action will be necessary, recognizing AI as a quasi-sentient entity capable of remembering, reasoning, and solving problems.

Some of the concerns and questions raked up are rather philosophical and ethical. Living things are the only ones on earth that are privy to an ever-accumulating repository of knowledge and imagination and that designs and engages machines to perform complex jobs. Out of all living things inventorship is bestowed only on humans. In this world, an inanimate object such as a machine doesn’t stand a chance to be an inventor without the infusion of some kind of intelligence.  Man is a machine-making animal and is up the ladder of perfection in that skill. The process continues across generations. In all these cases, however, man is the ultimate beneficiary and man is the ultimate perpetrator. But machines are inanimate objects with no powers of discretion and do not generally enjoy any operational autonomy. An economically meaningful invention has to be new, non-obvious, and applicable in the industrial context. To achieve these, one needs to have the faculty of imagination and objectivity which are attached to organic memory.

The generation of notions by the symphony of billions of artificial neurons triggering a complex notion or invention is indeed a pathbreaking imitation of exalted human capabilities. The filtration process based on memory signals leading to a meaningful solution is a capability explored by DABUS, and it could be the beginning of a brave new era. As Ryan Abbott, professor at the School of Law, the University of Surrey, pointed out, AI can keep improving but man cannot. Man, like all other species, remains static on the evolutionary long march, in terms of physical and intellectual capabilities if we carve out the space-time segment we are part of. However, in the tremendous years to come AI is bound to undergo a spectacular blooming. As of now, AI has no feelings and it cannot be incentivized or encouraged with a cash award, or Nobel Prize.

In the final reckoning, the polemics apart, the ultimate parent of the spoils will be the designer of the algorithm. The attraction of a machine is that in certain specialized areas, it can be smarter than the creator. A microscope does what the human eye does not, a fire hook does what human digits cannot. But tools and machines are not endowed with an autonomous and intelligent operational regime. It becomes a different story altogether when the machines are provided with the intelligence to choose, reason, and proceed. Frankenstein is at the end of the day held responsible for the runaway deeds of his monster.

At a later stage, if somebody devices a self-duplicating/ self-evolving genetic structure that can hone up itself to perfection in whichever direction it chooses to embark upon, could the original creator be held responsible for the actions (good or bad) of the created one? Can the father, the generator to the algorithm, and the mother who downloaded the software on her hardware, be held responsible for the actions of the subsequent progeny? In other words, are the parents responsible for the traits and temperaments of their child? And who should be the beneficiary of the fruits of the labor of the progeny? Can DABUS claim the monetary benefits accrued from the invention? Time is the best judge on earth. If a patented invention proves to be detrimental to life and property down the long lane, at whose doorstep one should dump the blame, at the parents’ or at the progeny’s?

At this rate, at least at a later stage, AI-powered innovation engines could be employed to manufacture patents. And some of these innovations may prove to be detrimental in the long run. Some stakeholders hold the view that there should be proper legislation in place to reign in the otherwise runaway innovation spree.

But independent creativity being a different game altogether, the definition of an inventor needs to be re-invented or re-worded. According to US Patent Law, an inventor is a person or persons who contribute to the claims of a patentable innovation. Could an AI-powered machine be reckoned as a person of sorts? This opens up a new front for the clash of opinions. From anthropocentricity (human-centric operation), the judicial system will have to migrate to the challenging world of anthropomorphism (attributing human qualities in all other things).

The shape of things to come

It is almost like the floodgates being opened. There will be a spurt of activities resulting in a vernal bloom of inventions. The decision-making bodies need to be geared up to take on the challenges. All the inventions are going to have an impact on life and comforts. From the early seventies, experiments were on to make machines cough up verses and fiction. Probably machines may outsmart man in the rarefied realms of literature, art, and music and copyright laws may take altogether a new dimension. Similarly, machines are capable of besting men in the game of chess, taking recourse to the best moves in the embedded memory.

One of the major areas where AI could contribute substantially is in finding new applications to drugs. There is a pathbreaking move already to try out an AI-created medicine for the treatment of OCD in humans. In this context, tools armed with the most powerful AI capabilities, can facilitate organizations to come out with meaningful inventions. There are tools on the market that can sort, categorize, summarize, and analyze any genre of randomly stored data in a time span not at all possible manually. Riding these specialized functionalities, the vast landscape of diagnostic data could be analyzed to arrive at meaningful pharmacological possibilities.

On the same note, it may be added that even today, smart inventions and innovations are possible by big data analytics in various spheres of human action, including commerce, industry, and healthcare.

A new era has dawned, and nobody can turn the clock back. The decision-making bodies and their appellate bodies will have to become flexible enough to stomach the realities. AI, in any case, is here to stay and is poised to outsmart men in different areas of specialization. It has come of age to stalk out from the pages of science fiction. The proof of the pudding is ultimately in the eating. Though so many activities could possibly be outsourced or relegated to AI solutions, life has to be lived away by the self. There is no compromise on that.

Relecura has been leading the IP tools industry for more than a decade with AI based analytics tools for analyzing and managing IP. Its AI-powered tools could be customized to automate the workflows of the innovation ecosystem, easing out the operations from instantly screening prior art and novelty to tracing emerging technologies, emerging companies, and potential licensees. To know more about Relecura’s capabilities in AI and its IP tools visit www.relecura.com.